Stewarts testimony about his time at Hidden Lake Academy

A number of questions were asked to Stewart. Here they are and the answers also.

Well, Ill start out with yes I was on restrictions, for many reason. I knew about a lot of people in "relationships" I had also met a girl and we were hanging out a lot and they said that wasn't OK. A kid in my peer group ran away and they said I knew all about it. They also took my Friend out of bed at like 1 am and made him sleep in some weird room and yelled at him all night because he had heard rumors about kids planning to run away. I did eat the same food, But I wasn't allowed to talk to anyone the entire time I was on restrictions and for the 4 months I was at hidden lake I spent about 2 and a half on restrictions. I did have work detail, from clearing trails to cutting wood, to cleaning the mess hall. I do recall on several accounts half the kids on restrictions were not following the rules while the others we doing everything they were told to do. The group whom were screwing around were taken away and ended up sitting on the lodge while the kids who were working hard were forced to do PT In-cadence on the tennis courts at night in about 40 degree weather with about 4 inches of water in the courts and still raining until the staff was ready to do something else(remind you we were the kids not causing problems during the day and the ones who were sat nice and warm in the lodge studying)

Yes we could read, they had a lot of books and did let you brings books, but the school had to approve of them, lucky at the time I only had one book!

My personal experience with the counseling was both negative and positive... There were many times when they simply screamed at us if they didn't like what we were saying, And if I told them the god honest truth if someone who has been there longer said different then it was to bad for me and what that person said must be true!! Silly Isn't it? But I was put in the spot light a few times concerning my well being because of my history (my did Killed himself just over a year ago) and my peers we're so very supportive, I did really feel like they cared.

I have never been restrained myself. My friend whom was the girl I was "together" with was restrained when I was being detained by the school cuz they wanted me to give them information. She was coming to talk to me and they took her down on the cement road pretty hard... I was very upset when that happened.

I did go off campus 3 times. Once for my peer group forming day, Once on a co-ed off campus to a roller skating places...fun!! lol no, and Once with a group of guys to some movie no one wanted to see. that was okay most of the time. All my phone calls we're either conference calls where a counselor sits in and hangs up if they hear anything they don't like, and the others a staff sat next to you and listend to everything you said. With the mail, you'd write (same with e-mail) it and they'd read it and if it was OK they'd send it, if not they give it back and say write something else. NO NO NO NO private communication. NO Individual therapy NO Family therapy. And No ability to form a healthy Male Female relationship.

It was funny because Dr B. The owner is so very strict on his drug possibly yet he disposes a large around of mostly empty alcohol bottles into the dumpsters that the kids take the trash... I can do more into detail about the some other time.

Wilderness at ridge Creek was a challenge. Now it is very interesting what happened. Mostly they made us work clean study different hiking and safety and army things Pt training. I did have some fun...but I was also in the group with the "cool staff" who didn't really care, the other groups we're all power tripping army guys who yelled at everyone. Now I was doing extremely well there, I was the "leader" and all that stuff, but the lady whom was the counselor for my team put me on suicide watch because I was doing really good and told me that I should me messing up extra...Thats when I just said Im done and stopped doing anything, I left a week early and was sent to a lock-down for 7 months.

If you like to know anything else, please ask Im more than willing to share. Im feel Ive been silenced and have no one to tell about what happened... To be hounest it is hard for me because of the lost friendship because I was kicked out. We as student really had to stick together to keep our heads up, I Know it sounds like some dumb joke, But it is a lonely and hard place. And sometimes you need a Friend but you can't always talk to that person their... Please feel free to reply or ask any other questions... That place has some problems... Im not sure, I really wish I could do something about it

The facility has been closed down.

This testimony was found on Merchant Circle. All rights goes to the author known as Mshiloh.

I was been through many trials and painful events (varying from sexual abuse to physical torture), however, the darkest and most hopeless time of my life was the 11 months I spent in Eagle Ranch Academy.

When I left the facility, I was reduced to a raw, traumatized, pathetic creature. I say creature because that's the way I was trained to view myself while there. I have never felt so worthless. They practice degrading and humiliating disciplines that still haunt me from time to time. I've been able to heal from the emotional turmoil and abuse I experienced at ERA through years of therapy and self-esteem development. I now love myself and am functioning normally, but Eagle Ranch took what little self-worth I had at the time and dissolved it with sick treatment and twisted methods of "behavior modification".

Eagle Ranch restricts communication content with family members with a term called "manipulation". Any communication outside of the facility involving negative comments about the program and their treatment is immediately intervened. Once a week, 10 minute phone calls are monitored and terminated if the we mentioned the abuse. We were allowed to write a limited amount postcards to our families. They chose postcards as stationary so they could review the letter and ensure there was no "manipulative" content.

From an outside perspective, some of the rules and practices of the facility seem normal, but much more is revealed from the inside that only former ERA residents are able to describe. The people in my "pod" and I had to play a role in order to be released from the facility. We had to, as we called it, "fake it 'til we make it". Many of the staff who were sincere quit their jobs there because of the abusive environment.They would tell us that they cared about us, but just couldn't support this facility and its tactics. I have kept in touch with my former ERA residents, and EVERY SINGLE ONE has testified of the abuse and pain from the program. Most have relapsed on drugs, alcohol, and/or other risky behaviors. Those of us who are emotionally stable today, accredit NONE of it to Eagle Ranch Academy.

The program is a waste of your hard-earned money and a damage to your child's self-worth. Please, please don't send your child to Eagle Ranch Academy. This is a genuine plead. I am an intelligent, insightful person, and I can honestly say that this program has caused me a degree of permanent damage. I thank my family and loved ones for listening and helping me to recover as much as I have. If you love your child, which I know you do- otherwise you wouldn't be considering treatment programs, seek other options.

I pray that ERA will be brought to justice, but until then, I pray that my testimonial will help parents look into other programs/treatments and other former Eagle Ranch residents to speak out. Thank you.

Book: No Direction Home: The Drifter Chronicles: Volume One (Volume 1) 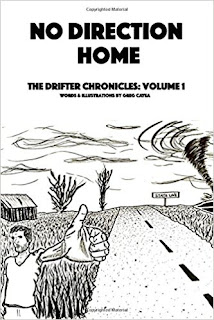 The book "No Direction Home: The Drifter Chronicles: Volume One (Volume 1)" provides a clear picture about how life inside Hidden Lake Academy in Georgia was.

The facility is now closed. However the legacy of how many lives who were destroyed will forever remain.

Sources:
About the book (Amazon)