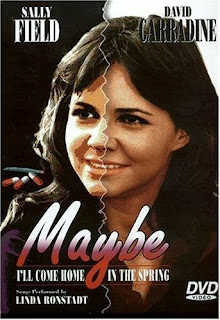 This movie is not about behavior modification facilities but it had an impact when it was produced on the industry.

It is maybe the most scariest moment in the life as a parent. The moment your children moves out to start their own independent lives. You may ask yourself: Did I do a good enough job as a parent? Are they prepared for all the dangers which is luring out there?

Then imagine that the children leaves at night without warning. You wake in the morning only to find an empty bed.

Today you will start by activating the tracking device on the cell phone you have allowed them to keep despite their behaviors and actions because you knew in advance that where the phone is, your child is.

Back in the early 1970's there were no cell phones. Did a child leave the house, the child was gone. Only expensive detectives could find the child. Did the parents ask themselves what the teenagers missed in their home? Why the children wanted to runaway and sleep on the ground instead of the comfort of their bed? No they parent focused on the symptom rather than the cause.

It was really scary for parents. Movies like this one woke the tiny little scary thought rooting deep in the back of the mind of every parent.

Maybe I could keep my child safe from ending up on their own in the world by putting decent people in charge of the child in a boarding school environment?

That kind of thought created the earliest examples of the behavior modification industry. Elan, Synanon, CEDU and SUWS all started in the early 1970's backed by movies like this.

Over 40 years of abuse was about to start.

Sources:
About the movie on the Internet Movie Database
Posted by GitteH at 19:45